Below is an example of the output of the “People Page” plugin. The plugin is available for download at WordPress.org.

In 1914, an orphaned child named John Aman was chosen by the Tibetan Council of Seven to be trained to both mental and physical perfection. When he was 25, he was ready to fight crime in the outside world. He returned to America and did just that. He was helped by Zona Henderson, a female investigator, but later traded her out for her kid brother, Tommy the Amazing Kid. Amazing Man's powers include super strength,... more 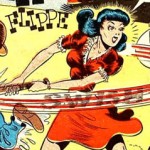 Sherry ran the "Wide Awake Detective Agency" in New York with her Dr. Watson-like partner, Mr. Gribbitts. She enjoyed romance novels and had aspirations of becoming an actress. Eventually, she landed a featured acting role in a G.M.G. Studios movie while she was visiting Hollywood. Mr. Gribbitts had two brothers named Elmo and Jona. Elmo was... more 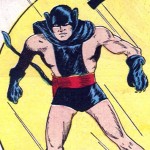 The Black Panther was a mystery man whose reputation had spread enough to be instantly recognized and feared by his foe, the evil foreign agent Erick Rogats and Rogats' minion Argo. Erick Rogats kidnapped Professor Taft. Taft had developed a formula that could petrify any living object... more 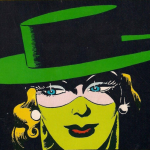 Nobody suspected that Lady Luck was actually Brenda Banks, a "debutante crime buster bored with social life" who decided to become a "modern lady Robin Hood." Her costume was not that of a traditional comic book vigilante; it looked like something that a Will Eisner femme fatale would wear. It was an emerald green gown, a green hat, and a green... more